With a small team of crowdfunding strategists and campaigners, enriched with a network of specialists, we’re building crowdfunding campaigns.

We work as a collective of closely connected enthusiasts, each of whom continuously performs at the top of their field. Because we consciously choose the campaigns we guide, we tend to feel highly personally involved in the success of the projects we contribute to. The magic happens when the people in our collective - many of whom have known and worked with each other for years - perfectly complement each other and a (worldwide) movement starts to follow a creator.

Get to know us though our work

Check out our campaigns

With 500+ successful, tailormade crowdfunding campaigns on our name, we might be the most experienced crowdfunding agency out there.

We are genuinely motivated to create great campaigns for great projects. We often have fun while doing that and will be personally involved in your campaign. We're in this together.

One of our greatest assets is that - because we've been doing this from the very beginning of crowdfunding - we have built relevant, fruitful and longlasting relationships with many crowdfunding platforms and partners worldwide.

We cherisch honesty and responsibility. We will honestly tell you what we think about your project. And if we make mistakes ourselves, we will own them.

We help create small, but valuable campaigns for smaller communities, as well as huge, multimillion-dollar campaigns that mobilize worldwide communities. We know how to work with different budgets.

If you're not interested in your crowd's thoughts and wishes, only seeking to leverage our expertise to make money fast, we're not your cup of tea, really.

If your project can't be expected to primarily have a positive impact on the world, we're not the agency you're searching for.

If you want financial, legal or tax advice about crowdfunding, then we highly recommend you to consult with licensed agencies that specialize in legal and/or financial issues.

We do not work solely on the basis of revenue sharing: working with us will require you to invest in your campaign.

We like working with creators who are known and visible to their crowd, who tell an honest story (also when things don't go as planned) and who strive to underpromise and overdeliver to their crowd. 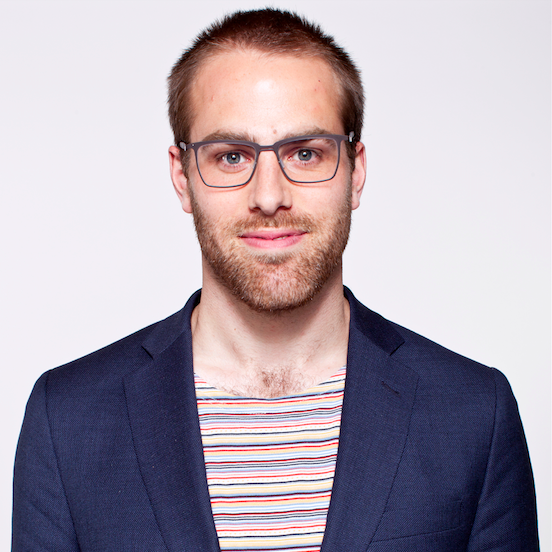 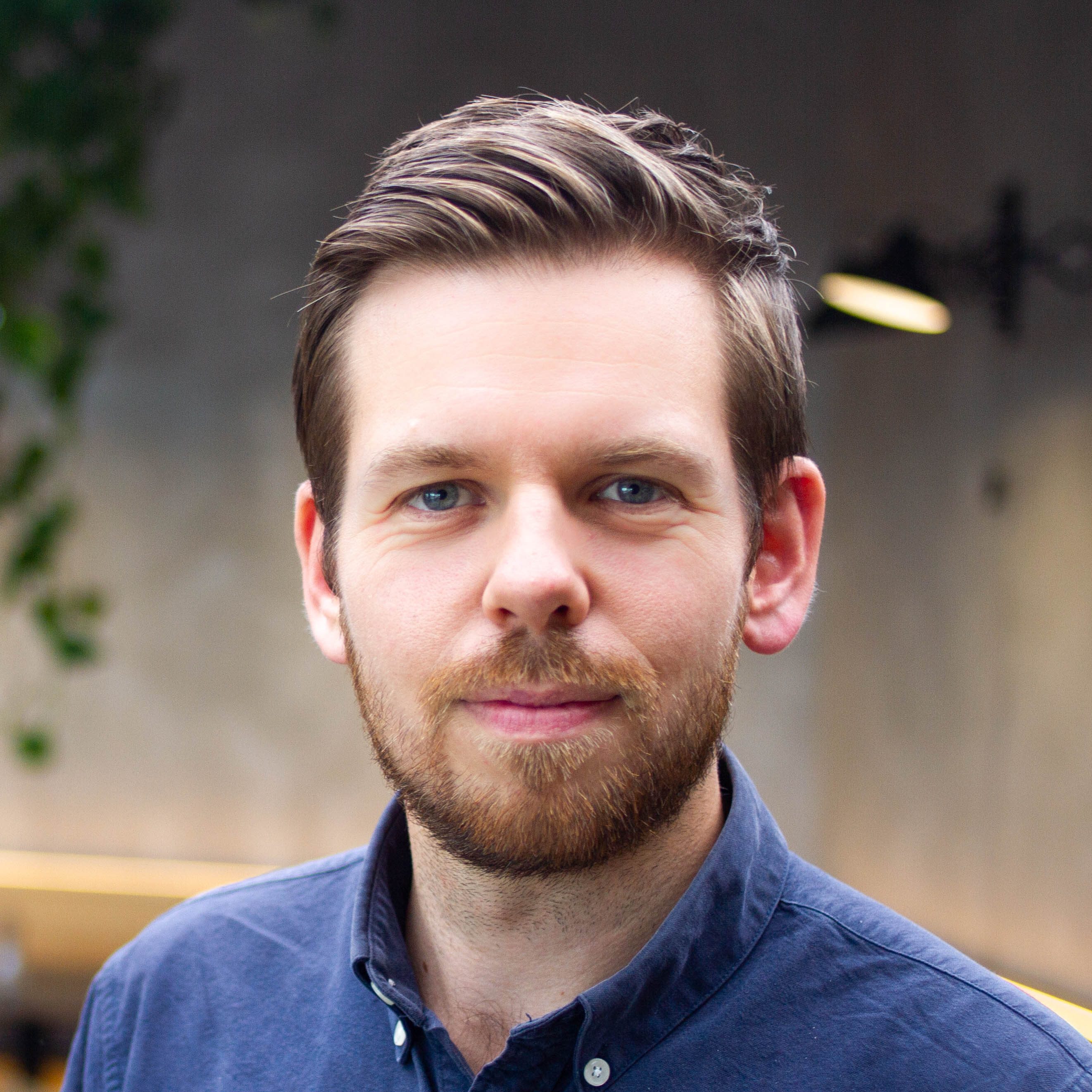 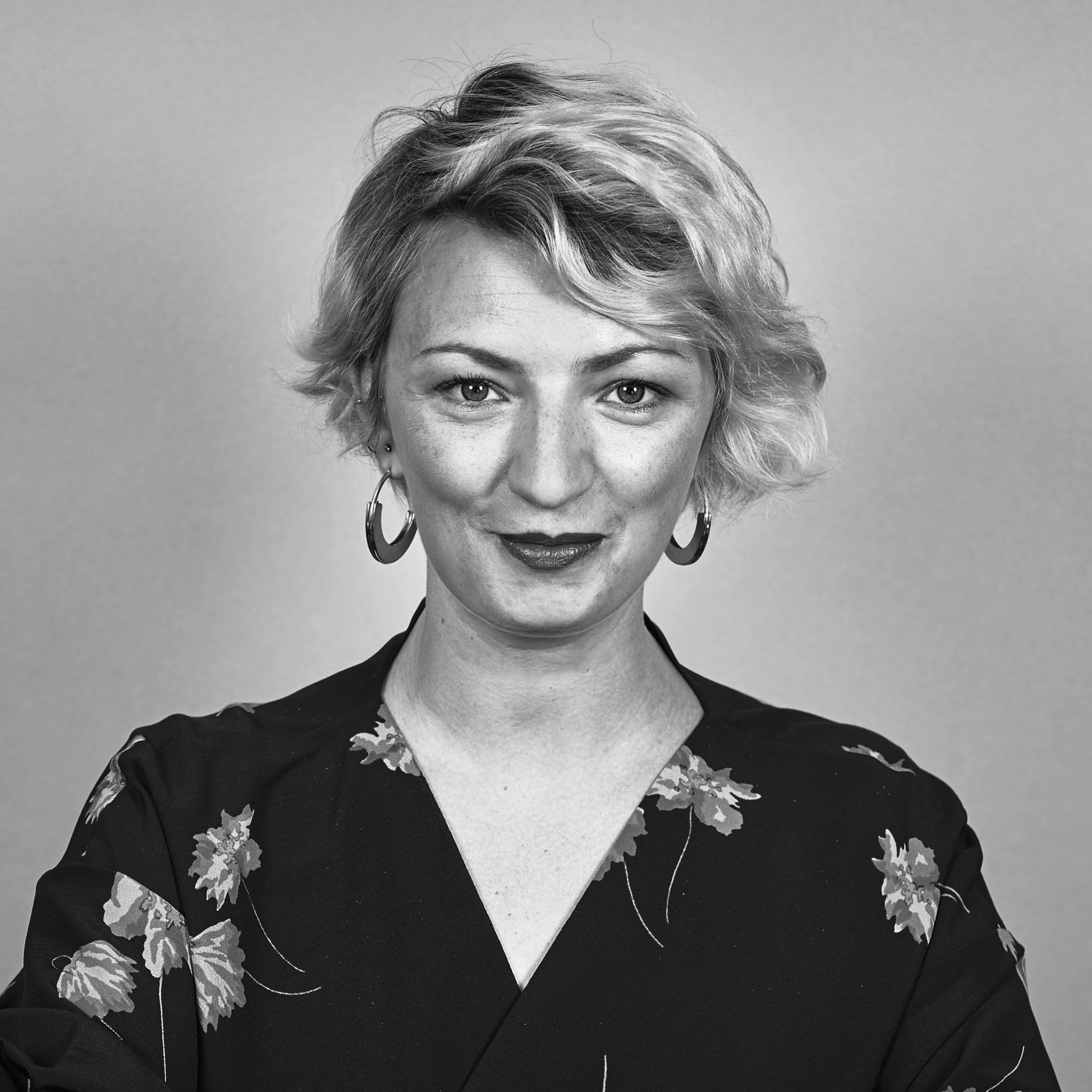 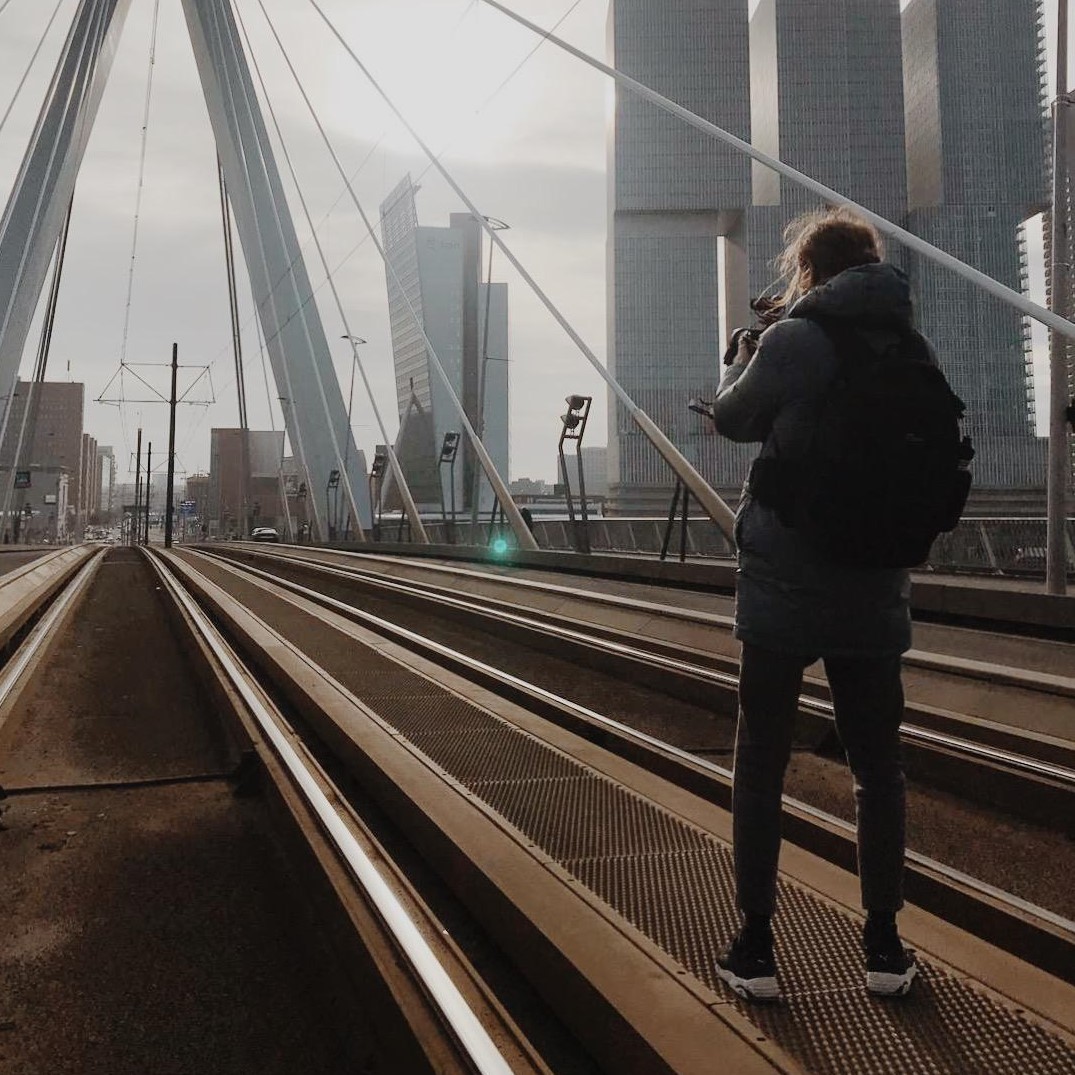 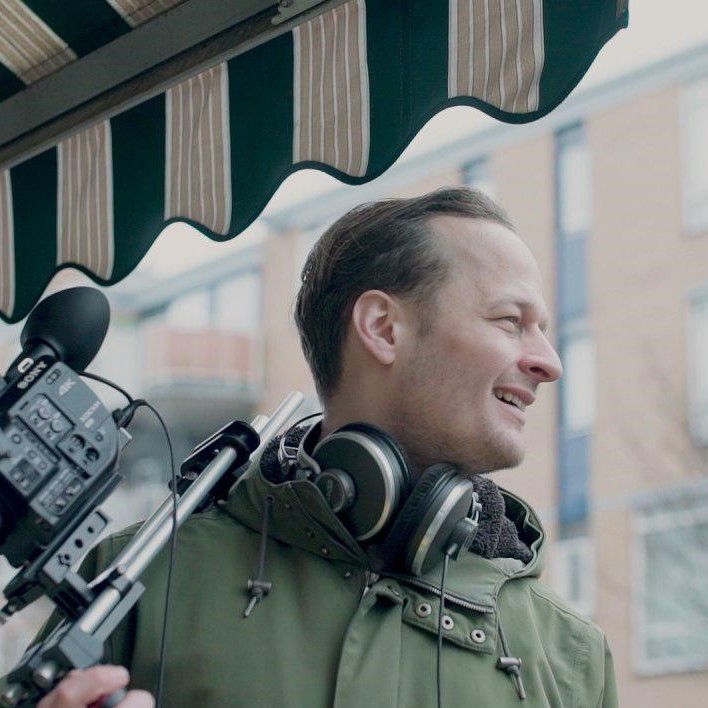 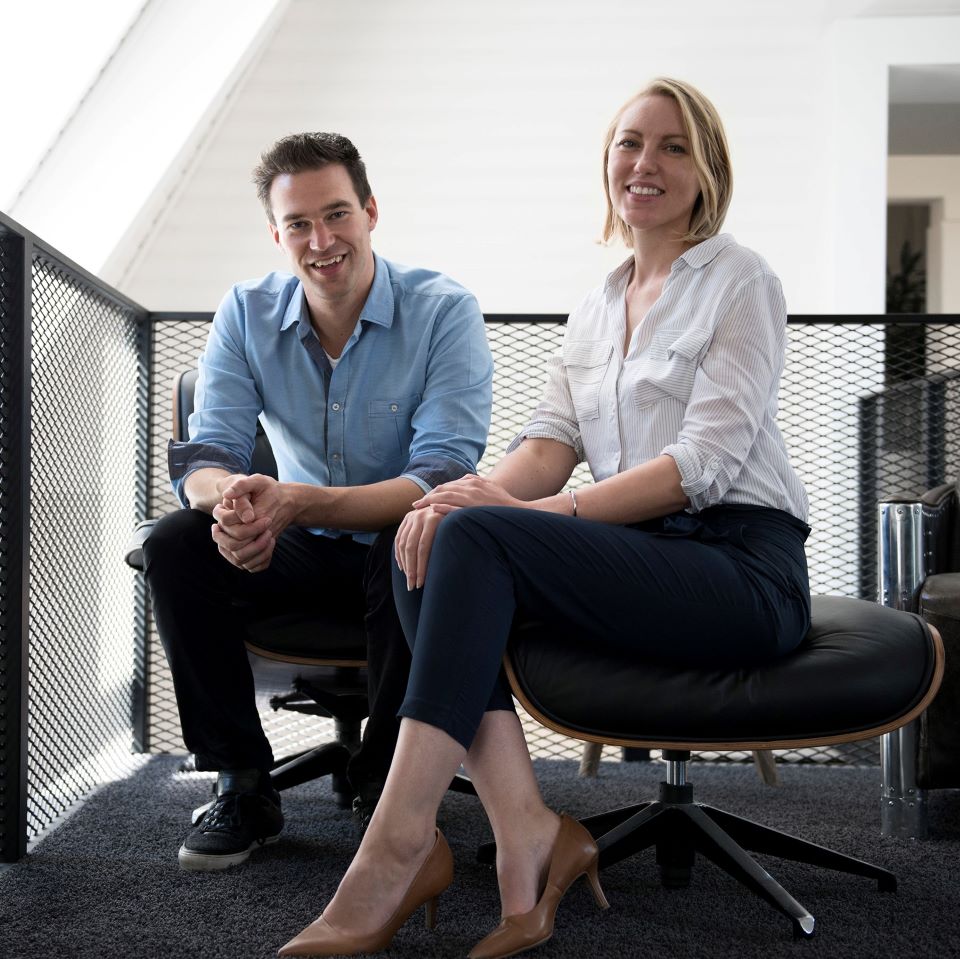 With this little selection, we hope to showcase the very diverse range of possibilities, strategies, channels and models used to create a campaign that best fits the project at hand.

If there is one thing we have learned from all the campaigns we were involved in, it’s this: preparation is key. So be prepared: navigate through our Crowdfunding journey and see what a crowdfunding campaign usually entails.

Simon had the opportunity to start pioneering in the field of crowdfunding before the term crowdfunding was invented. Together with friends, he started one of Europe’s first crowdfunding platforms, CrowdAboutNow, and offered crowdfunding loans to entrepreneurs. He was struck by the opportunities that arise when a creator is backed by a committed crowd. Therefore, he handed over the rights attached to his equity shares in the crowdfunding platform to a group of homeless people, in order to co-found the world's first platform-independent consulting agency purely dedicated to crowdfunding: Douw&Koren.

In the ten years that followed, Simon maniacally created hundreds of crowdfunding campaigns with his co-founder Gijsbert Koren and their teams. He served as crowdfunding advisor to governments, banks, legislators, regulators and other stakeholders and as a spokesperson to the media. With his team, he was involved in extensive research programmes concerning the growth and success factors of crowdfunding, and he has co-authored two crowdfunding handbooks. With his team, he took the initiative to repetitively host Crowdfunding Day: Europe’s leading crowdfunding conference. He also initiated and organized one of the first live crowdfunding festivals - Crowdfest - where over 70 creators showcased their products, food, music and more, in a vibrant festival setting, while 3000 visitors crowdfunded these projects live.

One morning Simon woke up and realized he had become an authority in the field and his company had become an institute, with offices in multiple cities, departments, employees, managers and an agenda full of meetings. He realized that the success and growth of his agency, although rewarding in some terms, to him wasn’t satisfying as such. His true enthusiasm and commitment was in creatively working with brave creators with exceptional ideas, seeking ways to mobilize the crowd to back their projects, now and in the future. Exactly that, is what he is doing with the downsideup collective.

Simon lives with his wife, two children, his parents and his mother-in-law in the Dutch countryside. Maybe that’s the reason why he retreats to the wildest regions along the polar circle every once in a while, entirely by himself.

Hugo is a crowdfunding growth hacker specialised in boosting communities. At Peerby he worked as a marketing manager on the world's largest community of neighbours who share things together. Now he works as an independent under the flag of downsideup. Hugo knows how to quickly test assumptions and business models with agility, and how to get the crowd behind a joint mission. This way he connects communities to organisations in a sustainable form. Personal note: Hugo is developing the children's life jacket of the future and is crazy about his family, cycling and Rotterdam.

Gregor Noltes (1986) loves to accelerate what he calls Great New Ideas. He is a business developer who helps startups to increase their revenue, funding or users through crowdfunding. Gregor holds 15 years of experience at the intersection of Sales, Marketing and Community Building for corporates (Heineken, KPMG, Vattenfall) as well as startups. Previously Employee #1 of Rockstart, The Netherlands' first startup accelerator, Gregor has worked with alumni including GitLab ($1B valuation) and 3D Hubs (World's Largest Manufacturing Network). Gregor is driven by visionary entrepreneurs and achieving results. He loves converting curiosity from the crowd into solid crowdfunding investments.

Next to his work, he loves spending time with his wife and two sons, watching football and hitting the high notes in his barbershop choir.

Iris is a dedicated and creative crowdfunding campaigner. Her crowdfunding journey began at Simavi, as digital producer and social media lead, where she conducted a successful crowdfunding campaign to provide sustainable drinking water in rural Tanzania. At the same time, she worked with friends on a mega successful crowdfunding campaign to enable her own partner to receive medical treatment abroad. Since then, she loves working under the flag of downsideup on projects that are able to combine new trends with creativity and innovation. Iris is enthusiastic, knows how to connect people and crowds and above all, she is brave: she drives her own development and that of people around her.

Liese-Lotte is a magician of words. As a copywriter, her currency is words and ideas. Together with her team she crafts sentences that grab you by the eyeballs, about various subjects and for different brands. She has worked for clients such as Mars, Coca Cola and Ikea, but we love it best when she does her magic for upcoming creators. Her vision? With words, you can convince anyone to do anything. Personal note: you’ll often find her curled up on the couch with a book, and she’s a huge fan of Jurassic Park/World.

Gosse is a video- and photographer based in Amsterdam who has shot and edited some of Downsideup’s most successful crowdfunding video’s. His catchphrase is “Let’s tell stories that matter” which reveals his passion for documentary making and telling important stories that have not yet been heard. Personal note: Gosse tries to live and work as green and sustainably as possible.

Michiel has been working as a filmmaker for over 5 years working on a variety of productions. From telling people's personal stories in a portrait film to understanding a projects core values and translating them into a successful crowdfunding video. He thoroughly enjoys creating films and finding the beauty in people, architecture and nature through filming and editing.

Together with design researcher Maurits Vroombout, Tamarind founded strategic design studio Everbetter. The duo is focused on building better brands together with their clients. In recent years the team has developed and integrated the latest expertise and tools to help creators better understand their crowd and apply those insights to their brand. They are able to integrally help creators with all things design-related, from packaging design, to visuals that bring life and understanding to campaign pages, to the creation of a complete brand identity.